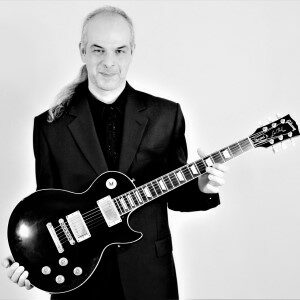 The winter of 2012 found Miltiadis Chalkidis at the studio of LRR, producing the new album of Miltos Marathon “Greek fill”.

“Music, and especially Greek music, is really amazing in its entire spectrum” said Miltiadis.
“Divine providence brought Byzantine music, rebetiko, music from Pontos, older and earlier folk songs and later classical music, rock, blues and jazz into my life. My love for these styles of music inspired me to just give a “Greek fill”.

Miltiadis distinct guitar technique and unique voice along with his distinct Greek accent … can be clearly heard in the 9 album tracks, supported by Chris Anifantis on the bass , Kostantinos Mitin on the drums,Christos Sagient on the percussion and George Bazanis on the piano and synthesizer. Backing vocals were performed by Sophie Hristodoulopoulou and Otilia Samoulada-Barbulesku.
Additional keys performed by Danai and Dimitris Tsikrikas.­­­­

The very first conception for the song’s composition, for the album, started being worked by Miltiadis sometime between 2007 and 2008, although the final recording took place much later, due to the sad event of his father’s death, whose memory is honoured in this particular album… In the meanwhile, the politic and economic situation in Greece was an additional challenge that needed to be overcome, but didn’t manage to influence the Miltos Marathon sincere love for music, so they completed and released “Greek fill” in 2015.

By listening to the album, it can be said that “Greek Fill” is something more than just the new official Miltos Marathon work… It’s a unique record that combines the Greek musical element with the electricity of the contemporary sound, within the spectrum of the Miltos Marathon musical temperament, creating an innovative music style… Indeed, this album constitutes a different “Greek fill”!

Please confirm you want to block this member.

You will no longer be able to:

Please note: This action will also remove this member from your connections and send a report to the site admin. Please allow a few minutes for this process to complete.

You have already reported this
Clear Clear All